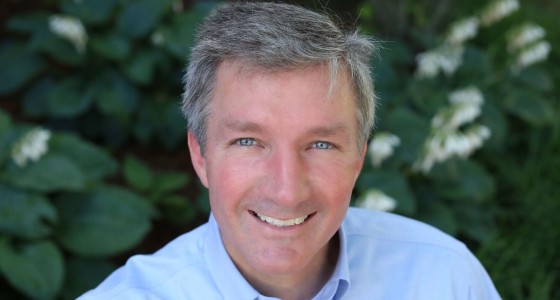 The Rev. Dr. Todd Speed has served Decatur Presbyterian Church since August, 2007 and has been an integral part of the Decatur community ever since. A former Certified Public Accountant, Dr. Speed graduated from from Rhodes College in 1987 with a degree in Economics and Business Administration and worked for several years for an international accounting firm in Atlanta before responding to a compelling call to parish ministry. Dr. Speed graduated from Columbia Theological Seminary in 1993 with a Masters of Divinity degree, then served Fourth Presbyterian in Greenville, SC, from 1993-1997 and First Presbyterian in York, SC, from 1997-2007.
In 2007, Dr. Speed completed a Doctor of Ministry degree, again at Columbia, with an emphasis on nurturing effective lay leadership. Dr. Speed is currently a member of the Board of Trustees of Columbia Theological Seminary, the 2021-22 President of the Decatur Rotary Club, an advisor for the Global Village Project, and recent founding board member for Memorial Drive Ministries.  Dr. Speed has led or co-led over 20 mission trips in various cultural contexts, led pilgrimage trips to Israel and Scotland, participated in learning seminars on five continents, and supervised dozens of seminary interns.
Married to Melanie Doxey Speed since 1989, Todd cherishes family time with his wife and four adult sons: Hall, a graduate of the University of Georgia, John and Mac, twins who graduated from Presbyterian College and Davidson College, respectively, and Luke, a graduate of the University of Georgia. When not serving as a pastor with the church family or in the community, Todd just might be found watching Atlanta United, playing soccer at Silverbacks, working on a house project, enjoying dinner with friends, or running through Legacy Park with Chevy and Zoe – his Yellow Lab and Springer Spaniel. 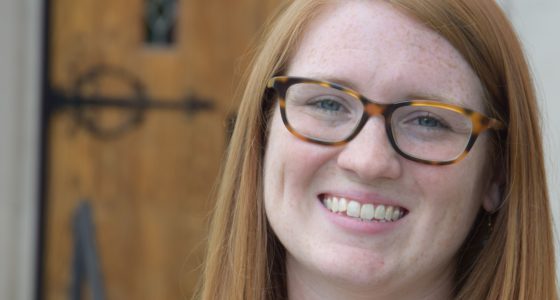 Emily attended Middle Tennessee State University where she received her bachelors degree in Middle School Math Education. While working at the Presbyterian Campus Ministry she met her husband, Drew, who was the ministry’s worship leader. They moved to Decatur for Drew to begin seminary at Columbia Theological Seminary. She started there a year later and graduated in May. During seminary, she worked at Saint Luke’s Presbyterian Church in Dunwoody as the Intern for Youth and Children’s Ministries. Emily also loves cooking, watching superhero movies, singing, taking walks, playing baseball, and a good cup of coffee. Emily is off on Fridays. 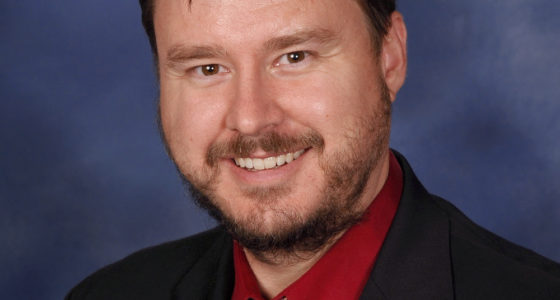 Tully Fletcher grew up a Presbyterian in Durham, North Carolina.  He attended UNC-Greensboro for undergraduate, earning a business degree in Economics with a minor in Mathematics.  He then shifted academic gears and attended Columbia Theological Seminary earning his Masters of Divinity in 2008.  He served his first call for 10 years in Phoenix, AZ as the Associate Pastor for Youth & Community Outreach.  Most recently He was the Associate Pastor for Youth & Families in Rockdale County, serving three separate Presbyterian congregations in the Conyers area.

Rev. Fletcher has been quite active in the denomination serving on multiple presbytery councils and General Assembly Committees.  He is currently the Treasurer for the Presbyterian Youth Workers’ Association, and he has served on leadership teams for youth conferences at Montreat, Ghost Ranch, and Triennium, Keynoted a couple of times, and been a small group leader more times than he can remember.  He has been involved in interfaith social justice work and once shared the stage with the mayor of Phoenix as part of a summit on homelessness.

His favorite thing about ministry is walking alongside  young people as they grow up and grow in their faith.  He loves to plan and lead mission trips, having been on more than 50, and helped to build more than 30 houses.  He likes to organize things via spreadsheets, and make up ridiculous youth group games where the rules are constantly changing.  Most of the youth think that he does this for his own amusement.

He has been married to Natalia Winberry, for 7 years, and they have one daughter, Eleanor.  They live in the Kirkwood neighborhood just outside of Decatur.  His favorite Scripture verse is Micah 6:8.  He prefers the mountains to the beach, and his favorite food is pie (savory or sweet).  He enjoys hiking, camping, and is an avid Duke Basketball fan. 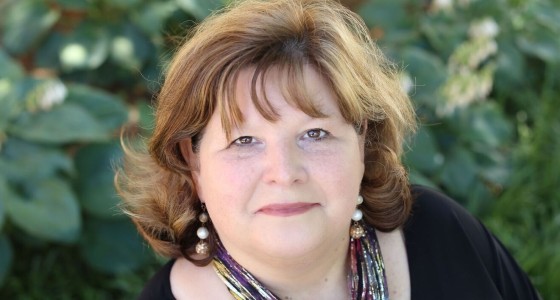 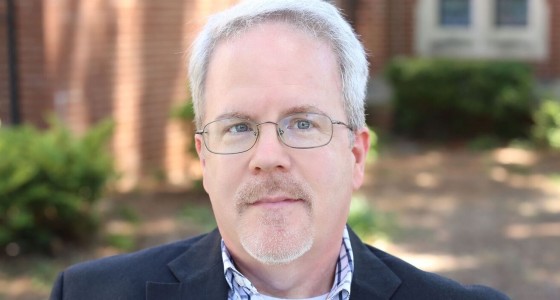 Matt has served as Organist and Choirmaster of Decatur Presbyterian Church since 1997. Prior to this appointment, he held similar positions in Philadelphia, Birmingham and Canton, Ohio. A native of Alabama, Matt received his undergraduate degree from Jacksonville State University and holds graduate degrees from Westminster Choir College in Princeton, New Jersey. He studied piano with Ronald and Ann Surace, Santiago Rodriguez and Steven DeGroote; and organ with James Farleigh, Joan Lippincott, and Jean Langlais.

While in graduate school, Matt was selected to give a solo organ recital broadcast on WQXR–New York Times Classical Radio Station’s “Young Artists Showcase”, which was met with critical acclaim. Matt has been presented in recital in the United States, Austria, France, Switzerland and Holland. 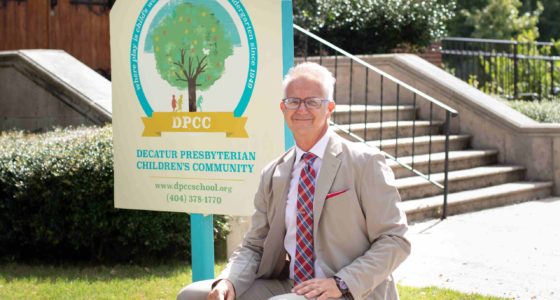 Brandon Laird has served the Decatur Presbyterian Children’s Community since 2005 as a teacher in the 3 and 4 year old classes. Brandon assumed the role of the Director in summer of 2018. The Children’s Community is the church’s weekday preschool program for children from 9 months old through kindergarten for 5-year-olds.

Before coming to Decatur Presbyterian, Brandon received his BA in Journalism and MA in History. He taught high school social studies before moving to Decatur with his wife Tracey who is a professor at Agnes Scott. 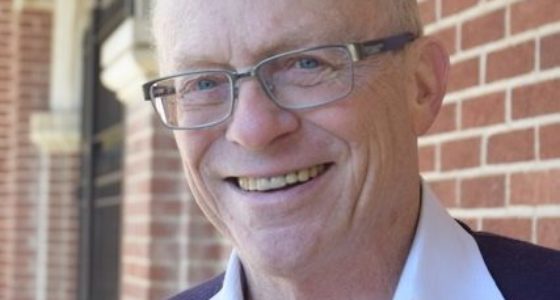 Vernon Gramling attended Princeton Theological Seminary and was ordained in 1971. He spent three years as an assistant pastor in Wallingford, PA but his primary training has been in Clinical Pastoral Education. He has served as a hospital chaplain in Osawatomie, Kansas, Philadelphia, PA and Grady Memorial Hospital in Atlanta, GA. During his stint at Grady, Vernon helped found one of the first Hospices in the state and served as President of the Georgia Hospice Association for two years.

Since 1985, Vernon has been in private practice as a Pastoral Counselor. He particularly enjoys working with couples but his practice has included a wide range of human dilemmas—working with abuse survivors, addiction problems, depression and anxiety.

Vernon has been a worshipper at DPC for over twenty years. He sings in the choir, teaches Sunday School leads the Faith In Real Life small groups and writes a weekly blog seeking to integrate biblical stories with our stories.

Vernon is married to Betheda Gramling and between them, have five children and six grandchildren. They love travel and adventure. They were last seen zip lining in New Zealand.

Vernon is an unpaid staff affiliate who provides pastoral counseling on a fee for service basis. He is available Tuesdays, Thursdays and half of Friday. 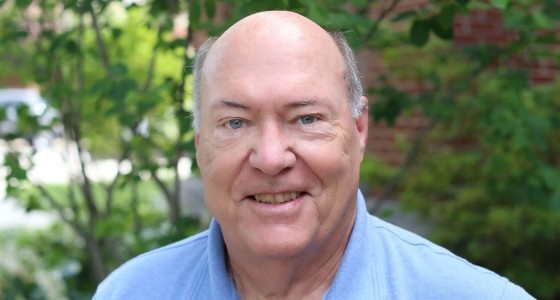 R.G. (Roy Gaston) Evans III was raised Southern Baptist in Birmingham, Al. He graduated from Samford University there, where he majored in math, and where he also met his wife, Lynn.

After serving in the US Army, and a tour in Vietnam, R.G. joined his father in business. Together they built a successful Master Distribution Company, Evco. R.G. became president of the company which imported and sold hardware and tools to the industrial trade. After retirement, R.G. and Lynn lived for several years on Lake Tuscaloosa. They then moved to Atlanta to be close to children and grandchildren.

The search for excellence in church music led Lynn and R.G. to Decatur Presbyterian. At DPC, R.G. is responsible for minor repairs and maintenance of the physical plant, and for interfacing with contractors who take care of the major things. 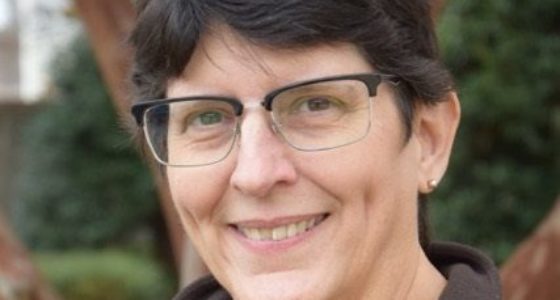 Leslie serves as the Threshold Ministries Director.  Leslie earned her Masters of Divinity degree from Candler School of Theology at Emory in 2006 after working for many years as an archaeologist.  She also has a degree in History from Furman University and an MA degree in Anthropology from Oklahoma University.
In 2010, she founded Companions on the Journey, an ecumenical chaplaincy and spiritual support program at the Arbor Terrace Retirement community of Decatur.  Leslie has been involved in outreach ministries for many years including mission trips to Honduras, volunteer work with Church World Service, and working with homeless adults in Atlanta.
Leslie passionately enjoys outdoor activities including kayaking, backpacking, bicycling, camping, and gardening.  Each summer she joins 400 other ‘crazy’ paddlers on Georgia River Network’s Paddle Georgia trip for seven days camping and paddling 120 miles or so on a Georgia river.  Last summer, she paddled the remote Ogeechee River from the Sand Hills to Savannah.  Leslie’s motto is, if it’s wide enough to hold my kayak, it’s worth paddling. 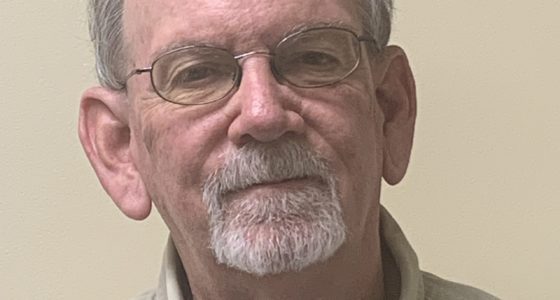 Tom Brand is in the office Tuesday, Wednesday and Thursday. 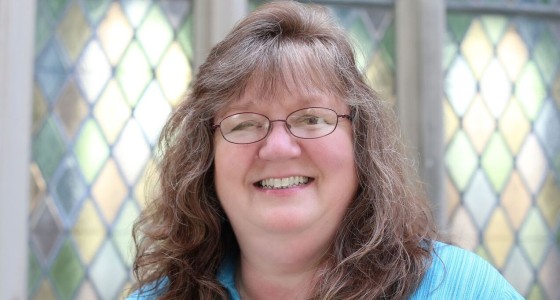 Denise has served DPC as Program & Ministerial Secretary since May of 2002. She maintains the membership database and serves as the secretary to the Session, the programs of the church, and the ministerial staff. She enjoys the staff and congregation and considers it a blessing to work at DPC. 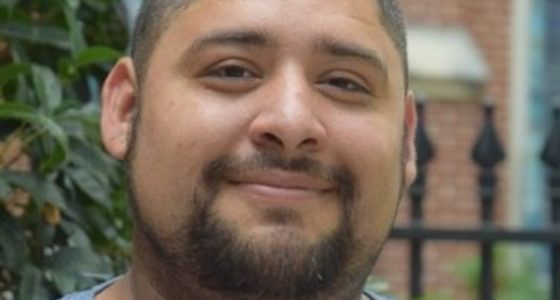 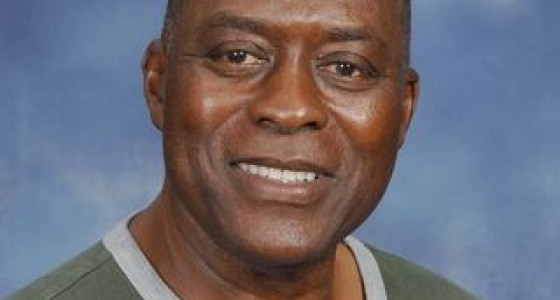 Sylvester Poole has served as the custodian for DPCC, our pre-school, for two decades, focusing on the Bradley Building and nursery section of Sycamore House. He also provides custodial services for the church, primarily vacuuming the sanctuary and lawn mowing and landscaping work on our property. Sylvester is usually on duty Sunday mornings making sure the buildings are open and welcoming for Sunday School and the worship service.