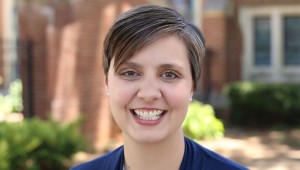 The word of the Lord from Isaiah 55 says that God’s thoughts are not our thoughts and God’s ways are not our ways. I think we probably feel like we’ve got a handle on that without the word of the Lord from Isaiah and yet we are very often surprised by God. It’s to do with our expectations, I think. We can’t help but place expectations on God. We can’t help making assumptions sometimes about what God will do or will not do. Our expectations can give us the wrong idea. God is full of surprises. And just when we think we know what the love of God looks like, we are shown a new dimension of that love. Just when we think we know where to find grace, it shows up in an unexpected place. Just when we think we’ve got a handle on forgiveness and freedom, we are surprised by them both. Just when we think that God has forgotten us, God shows up. Just when we think we understand mercy, we are shown mercy in ways we never imagined. Freedom and grace and mercy can come from totally unexpected places and it makes me wonder if it’s time to change the expectation. What was that word from the Lord, again?

The disciples thought they had a handle on the whole Messiah thing. They thought they knew Jesus through and through. They thought that he would be their mighty and triumphant Savior. They’d seen him perform miracles. They’d seen him heal lepers and restore sight to the blind. They’d seen him feed people and love the unlovable. They’d seen the crowds captivated by his words. When asked, “Who do you say that I am?”, Peter readily, eagerly, confidently said, “You are the Messiah.” They thought they had it all figured out. They cast their lot with the right guy. Everything was looking great. They would be a part of Israel’s salvation. Rome would be overthrown. Jesus would be victorious and prosperous and they’d be at his side. They were riding high and walking on the sunny side of the street. Good things must be in store for them. The Messiah would be powerful and successful and they were his right hand guys. The disciples expectations were set on power and success and an easy road. Their expectation was that their friend and Lord would live forever. How could it be any other way with the Messiah? He’s the Son of God! They must have forgotten the word of the Lord through the prophet Isaiah. That Sunday school lesson didn’t quite stick for them. They forgot that God’s ways are not our ways and God’s thoughts not our thoughts. If they’d remembered that maybe they wouldn’t have been so completely blindsided when Jesus said something they didn’t expect and turned their expectations upside down.

Peter had just finished declaring that Jesus was, in fact, the Messiah when Jesus began to tell them about the future…not just his future but their future, as well. Jesus told them that he would suffer. He told them that he would be rejected by the folks in charge: the elders, the chief priests and the scribes. He told them that he would be put to death and would die. He also told them that he would be raised from the dead three days later. He said all of this quite openly, no flowery words, no tricks. I imagine the disciples’ jaws were on the floor. I imagine they were shaking their heads. How could this be? What is he talking about? I image they all protested loudly but Peter gets the credit for that one. And I always wonder about the conversations that are left out of the Scriptures. The text says that Peter took Jesus aside and rebuked him. I’m honestly not sure if I’ve ever rebuked anyone. To rebuke means to express sharp, stern disapproval; to reprimand. Peter reprimanded Jesus for his words to them. We are not privy to that entire conversation. But I would guess it was heated and tense. I imagine that Peter told Jesus that what he said couldn’t possibly be true. I imagine that Peter told Jesus to stop lying to them. I imagine Peter scolded Jesus for saying such terrible things. Something like “Shut up!” according to the Greek. Rebuke implies anger. And I think that anger was based in fear. Peter and the disciples were frightened by Jesus’ words. It’s not what they wanted to hear.

They were afraid for Jesus and for themselves. What if he was telling them the truth? What if all that he said would happen actually happened? We know that it was true. We know that the Son of Man did suffer, was rejected, was put to death and on the third day he rose from the dead. We know that but they didn’t. And the disciples’ fear is totally understandable. This wasn’t what they bargained for. This wasn’t what they expected when Jesus called them. Peter rebuked Jesus and Jesus rebuked Peter right back. He said, “Get behind me, Satan! For you are setting your mind not on divine things but on human things.” There it is. Human things. Human worries. Human fears. These things are in stark contrast to divine things. Jesus would defy expectations. Jesus would not be the Messiah they thought they were getting. Jesus the Messiah would have to suffer and be rejected and die and rise. Jesus the Messiah would change the definitions of weakness and strength. Jesus’ glory would not come from triumph but from tragedy. There would be less crown and more cross. The glory of the cross was something that no one expected. And the glory of the cross didn’t make much sense.

When we listen for the word of God, we may hear things we’re not ready to hear or we may hear things that we just don’t want to hear. We’re not great listeners, you see. I’ve read this passage from Mark many times. I’ve preached on this passage from Mark many times and each time I approach any text I have to do so with fresh ears. I have to suspend my assumptions. I have to clear my head. I have to fight the urge to react. It’s the same in conversation with others. In order to be good listeners, we have to empty ourselves. We have to fight the urge to craft our comeback before the other person is finished speaking. We have to actively listen so that, if pressed, we can repeat what we’ve just heard. The disciples had to be told things over and over again. This is the first time in Mark that Jesus tells them he’s going to die but it isn’t the last time. This isn’t the only time Jesus tells the disciples or the crowds or us that there is a cost to discipleship. Following Jesus is costly. We have to hear it over and over again. And it still may not be something we want to hear.

Jesus knew that his life did not belong to him. He lived for the people he served. He lived for the glory of God. He was obedient to death even death on a cross. Denial of self means coming to realize that your life is not your own. The choices you make affect other people. The life you lead affects other people. Denial of self, rejecting the self means accepting that your life is to be lived out in service to others. The moment Jesus called the disciples by name their lives were no longer their own. The same is true for us.

When we listen for God’s word in scripture and God’s voice out in the world, we’ve got to remain open. In order to be good listeners, we have to empty ourselves, suspend our assumptions and reserve our reactions. The disciples thought they knew who Jesus was and what their life with him would look like. They made a lot of assumptions and in their certainty they had a hard time hearing what Jesus had to say to them. We may think we know who God is. We may think we know what God is calling us to do and who God is calling us to be. When we carry around that kind of certainty, we might just miss what God is actually saying to us. In this passage, Jesus spoke quite plainly. That doesn’t always feel like the case. God’s word comes to us through scripture and God’s voice speaks to us in endless ways in our day to day lives. Are we listening well?

Every time we gather for worship, we ask God to give us eyes to see, ears to hear, minds to know, and hearts to love. In order to do any of those things, we must take down the barriers that prevent us from seeing, we must unstop our ears, open our minds, and soften our hearts. God speaks to us through scripture and stories and music and the created order and in the voices of those around us. I believe God speaks to us in whatever way will get our attention. Are we listening? In this season of self-examination, reflection, repentance, and sacrifice, how are we training ourselves to be better listeners? Are we wrestling with scripture? Are we exposing ourselves to voices that are different from our own? Are we having conversations that may make us uncomfortable? Are we confronting our own bias, our own privilege, and the systems that bring others down low? Are we choosing to believe others when they tell us their stories of discrimination, degradation, hate, and oppression? The voice of God might just be calling to us from all of those places.

When we follow after Christ, when we listen for God’s word, when we make the good news of the gospel our way of life, we participate in God’s redeeming work in the world. It’s not something we do alone. We listen and we learn and we practice our discipleship in community. We lean on one another and we learn from one another. We pray for one another. We hold one another up. The Spirit of God guides us along the way. Listen to the word that God has spoken; listen to the One who is close at hand; listen to the voice that began creation; listen even if you don’t understand.