“Practice Joy in All Times” 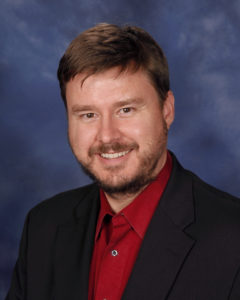 “Practice Joy in All Times”

4 Rejoice in the Lord always; again I will say, Rejoice.  5 Let your gentleness be known to everyone. The Lord is near.  6 Do not worry about anything, but in everything by prayer and supplication with thanksgiving let your requests be made known to God. 7 And the peace of God, which surpasses all understanding, will guard your hearts and your minds in Christ Jesus.

Therefore, since we are surrounded by so great a cloud of witnesses, let us also lay aside every weight and the sin that clings so closely, and let us run with perseverance the race that is set before us,  2 looking to Jesus the pioneer and perfecter of our faith, who for the sake of the joy that was set before him endured the cross, disregarding its shame, and has taken his seat at the right hand of the throne of God.

Rejoice in the Lord always.

But, if you know the story behind the passage, it all makes sense, and the wonder and power of these words is seen in full.  These words come to life in the life of the one who wrote them.

When I was in seminary, I studied Biblical Greek.  Now I was afraid of Greek.  I was terrified that I would be bad at it, that I might fail.  See I had started seminary studying Hebrew, that language kicked my butt.  It seemed like with Hebrew, the harder I worked, the less I understood.

But Greek, was different.  Greek was a Joy to me.  I liked it so much, that the following summer I came back as a Teaching Assistant for Greek School.

I got really good at the verb structure, conjugating words, translating scripture.  I even began writing my own verses. …

I would even sing it..

Let’s talk about Joy for a moment.

We don’t go out to eat very often, but when we do, we like to go somewhere delicious.

Joy after a challenge

You work hard, and when you finish, you look at your work, and say ‘ahh’

Joy of a good rest

Of a well earned rest…

Canoeing in Canada, portaging from one lake to another

One portage was 2600 meters, 2.6K. Walk that at least 3 times with a canoe on your shoulders and large pack on your back, you reach the end, you see the next lake, and you are filled with immense joy.

But, if you know the story behind the passage, it all makes sense, and the wonder and power of these words is seen in full.  These words come to life in the life of the one who wrote them.

Let’s talk about Paul, the one who wrote these words.

It’s easy to be when your kid is cute, when you belly is full, when you have successfully completed a difficult task….but joy in prison?

Joy in the midst of suffering?

Joy when the rest of the world says there is no hope?

That type of Joy is rare, and comes only from faith in Jesus Christ.