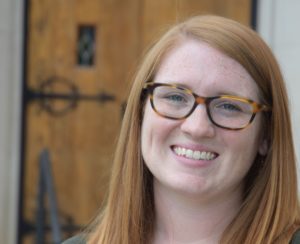 A friend popped by my office this week who said after starting with Hagar, it’s going to be really
hard to look at Sarah’s story in any kind of positive light. And I’ll be honest, that was certainly my
first reaction, but as I re-read all of Sarah’s story in Genesis and tried to look through her eyes,
just as I did with Hagar, I noticed that she is an ordinary woman through whom God chose to
bring about an extraordinary promise. This promise didn’t come because Sarah was extra
special or did a very heroic thing, the promise came because of God’s faithfulness. So perhaps
Sarah’s story reminds us that even when things do not turn out as we hoped or planned, God
still sees us and redeems us. That God chooses ordinary people to bring about change for
God’s world.

Sarah is actually the woman who appears the most times in scripture, including more than Mary
the mother of Jesus, so it might be worth our while to see what her story has to say.

We come into Sarah’s story today in the middle, so it might be helpful to get some context around where Sarah has been so far.

Sarah’s story begins in Genesis 12 when God makes God’s first covenant with Abraham. God calls them away from their home and promises them lots of land, many descendents and many blessings. When they arrive in Egypt, Abraham asks Sarah to keep their whole relationship a secret because he knew the Egyptian officials would find her beautiful. So when Pharaoh expressed his desire for Sarah, they kept the fact that she was married to Abraham a secret, which was a way to protect Abraham. If Pharaoh really wanted Sarah, as her husband, Abraham would be killed so that the Pharaoh could take Sarah. But being her brother, he would actually be the one to give Sarah away to the Pharaoh, and thus keeping his life.

Then, we arrive at chapter 16 where we spent most of our time last week. As with all stories there is more than one side. Sarah is frustrated and seeking security for herself and her family however she can. While it might sound odd to us that Sarah so readily gave her husband another wife in order to have a child, this was a socially-acceptable practice of the time. A barren woman with servants could give a servant to her husband as a lower-level wife and then the children born to that surrogate mother could be adopted by the head wife. She did the only thing she knew to insure the survival of herself and her family. But when Hagar conceives and begins to look down on Sarah, Sarah treats Hagar with such cruelty that she runs away.

While I don’t condone Sarah’s actions, I can see why she reacted this way. She desired for decades to conceive and it just didn’t seem to be happening for her. Hagar made it look so easy and then turned her nose up at Sarah when she got what Sarah always wanted. She must have been heartbroken that it seemed to come so easy for Hagar. I’m by no means justifying Sarah’s behavior but I do want us to consider that there is always more than one side to a story.

In the wilderness, Hagar named God, El-roi, the God who sees. I wonder if Sarah would describe God that way? I wonder if she felt seen by God? In chapter 18, she audibly laughs at the thought of having children in her advanced age. Over the years, understandably, Sarah grew cynical, exhausted by God’s seemingly unkept promises, and afraid to hope again. So my assumption is that no, she did not feel seen by God. Her desires and God’s promises were made clear, but she saw no evidence of God’s work in her life, it was starting to feel hopeless.

Sarah’s story sounds like it could be the story of any of us. Called away from the job, city or life we have made and love into an unknown place. Having deep desires and hopes yet feeling God isn’t listening and has abandoned you. Feeling like you have come to a place where you no longer have any agency or control over your life.

I was recently talking with a friend who is battling cancer. It doesn’t make sense to her. She has done all the things a “good” person “should” do: exercise, eat right, regular doctor visits, rest, care for others and yet cancer still found its way into her body. There is genuine fear about what will happen. How much control will she lose and how much will she have to depend on others as the cancer continues to invade her body.

I remember my grandmother who lived many years with Alzheimer’s. While she was no longer able to be alone and needed help with daily tasks, she still deeply desired to be helpful. She wanted to feel that she was needed by others, that she had a place, and could contribute even while she knew her mind was not where it once was.

Sarah had left her homeland for Abraham to follow God’s call, she went along with Abraham’s request to not mention they were married, she even gave her servant to Abraham for a child, all of this happening over decades of hoping she would be able to provide a child to her and Abraham. She didn’t always get it right. She is not the perfect example of a person of faith but can’t you empathize with her? While we don’t necessarily agree with all that she did and it can be easy for us to place judgment on her, I think there are times in our lives when we can all identify with Sarah.

We are living at a time where there is so much division and hatred between people. Who has the right to life? To what level do we elevate guns in our society? Who are people allowed to love? What does it look like to care for the most vulnerable among us? What restrictions do we enforce to protect our country? I hear all of these questions and wrestle with them. But one truth missing from these questions is that God is all powerful and loves all people, these two attributes of God cannot be separated. While we are seeking justice, redemption, and peace as humans we must hold tight to the truth that God is at work in each person, whether we like it or not. Whatever side we find ourselves on in conversations with one another, we need to remember that we serve an omnipotent God. This doesn’t mean that if we pray hard enough that God will exercise God’s power the way we see fit. The power of God is omnipotent love,
powerful love. A kind of love and power that we cannot fully understand on this earth.

While we are talking about Strong Women of Faith, this story is not really about Sarah but about
what God does through Sarah and thankfully the fulfillment of God’s promise to Sarah did not
rest on her. This story of an ordinary woman. A woman who has days of joy and days of sorrow.
A woman who cares about giving herself and family a future and yet tries to keep Hagar and her
son from having a future. A woman who trusts and doubts God. A woman who God chose to work, through all the mess of her life, and bring about a promise to God’s people.

In Genesis 21:1 we finally see God does keep promises. it says, “The Lord was attentive to
Sarah just as he had said, and the Lord carried out just what he had promised her.” So even
though Sarah might not have felt it, she was seen by God every step of the way. Even when
Sarah tried to make things happen on her own, God was there. God sees you. God can take
your life, however it has played out and brings redemption. While Sarah conceived and had her
long awaited son, the birth of Isaac was not because of who Sarah was, but about who God is.
About God keeping God’s promise. God working God’s plan that we will never fully see and are
called to trust. No matter how frustrated we might be with our life and the world around us, can
we still trust that God is moving?As God sees us, let us keep our eyes open to see evidence of
God around us. Open our eyes to see others as God sees us.