Summer with the Beatitudes - The Meek

Summer with the Beatitudes – The Meek 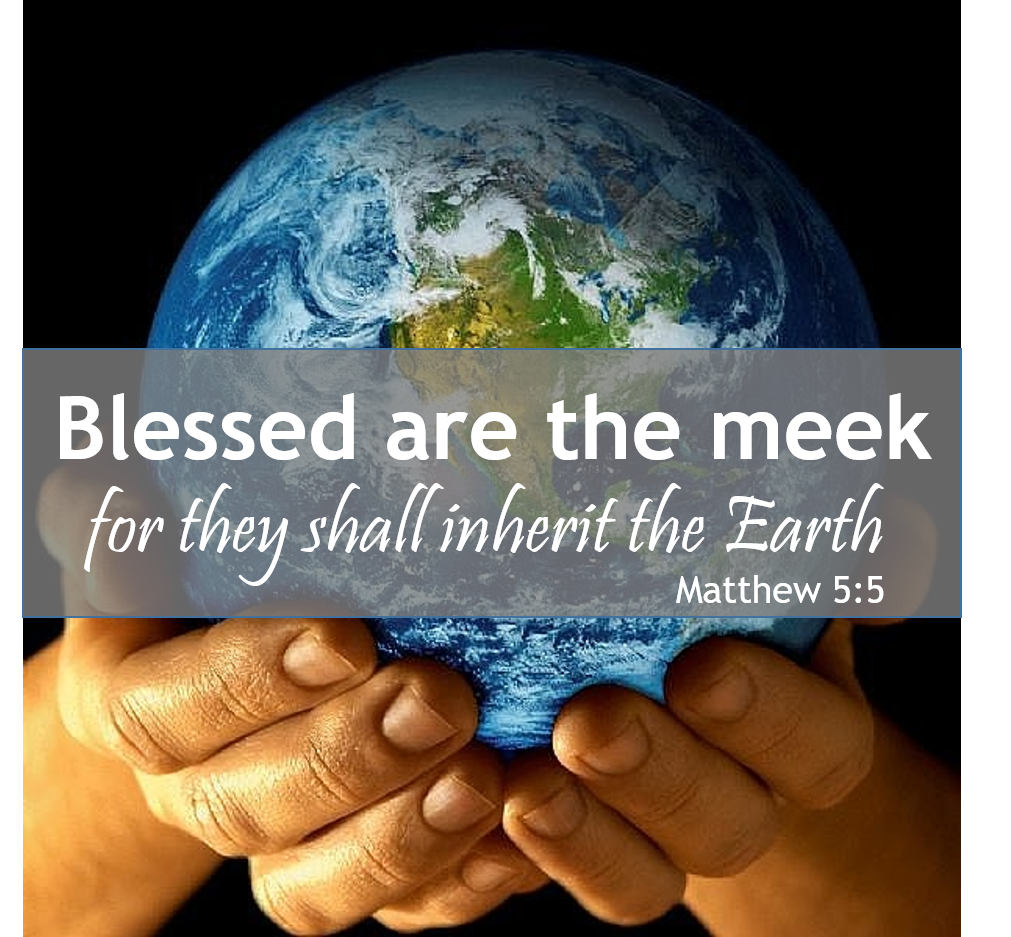 Some of you have discovered the television show “Blue Bloods”. Included in the cast is Jamie Reagan, a young policeman on the streets of New York City. Jamie happens to be the son of the current police commissioner of New York City, played by Tom Selleck, and the grandson of the former police commissioner. Jamie’s older brother on the show is a brash detective; his older sister is a bold assistant district attorney.

Every show reveals a challenging, heart-rending story of human interaction, and every show ends with the four generations of the Reagan family gathered around their Sunday dinner table, often debating the various sides of an issue.

In his efforts to keep peace on the streets, young Jamie Reagan embodies the careful, wise, and gentle leader. Jamie is smart and well-trained, and reveals helpful instincts for his work. When he enters conflicted situations, he seeks first nonviolent means of resolution. When another policeman fails to follow protocol, but misuses their power or jumps too quickly to use their weapon, Jamie exhibits righteous and restrained anger.

Over the past few years, police men and women have received a great deal of bad press, much of the bad press for good reason. There have been a shocking number of terrible incidents of misuse of force and racial profiling. There have been inexcusable acts that have rightly been brought to light. However, as you read the statistics, the vast majority of police seem to go about their work on a daily basis with gentleness, with power under control. Anyone who carries a badge and a gun wields power.

“Blessed are the meek, for they shall inherit the earth.”

In the Greek lexicon, the word for “meek” is “praus”, which can also be translated as “gentle, humble, considerate”. Merriam Webster’s simple definition lists “meek” as “having or showing a quiet and gentle nature: not wanting to fight or argue with other people.” The definition continues its simple definition with “enduring injury with patience and without resentment,” which comes closer to our biblical meaning. But Merriam Webster’s full definition includes these words: “meek” can be defined as “deficient in spirit and courage, not violent or strong.”

Oxford University Press defines “meek” as “easily imposed upon” or “submissive”. Even our dictionaries misunderstand the virtues of the kingdom of God! In the English language, it appears that one cannot have a gentle nature or be a person who desires to avoid conflict without being accused of weakness or a deficiency of spirit.
Recognizing this less favorable view of the word “meek”, the Greek lexicon claims that “meek”, as translated from Matthew 5, represents the older, more favorable sense of the term. In the kingdom of heaven, there is not weakness, but great strength in being gentle.

Gentleness, meekness, is not weak resignation to the whims of another. Which requires more force of spirit? The one who is quick to argue and engage in violent conflict? Or the one who endures injury with uncommon restraint and without resentment? What requires greater strength – seeking revenge through violent means or resisting evil through nonviolent means?

“Meekness” in the biblical sense has to do with humility which vanishes all pride. This is similar to the word “poor” in the first beatitude and suggests a poverty of ego which is willing to empty oneself before God.

Picture Mahatma Ghandi’s meekness in his sit-ins and hunger strikes, which enabled India to gain independence from Britain. Imagine Martin Luther King, Jr.’s meekness as he and others crossed the Edmund Pettus Bridge in Selma, Alabama, helping our conflicted nation come to grips with civil rights and enabling the United States to become an example to the world.

Our own Rev. Phil Noble, who regularly sits here in the second pew with his daughter, Betty, has been in Anniston, Alabama this weekend. Phil is helping to dedicate new historical sites related to the civil rights era, related to the events surrounding the torching of the bus of the freedom riders as it approached Anniston years ago. Some of you have read Phil’s book, Beyond the Burning Bus, which speaks of a community trying to hold together after an unspeakable human tragedy. Phil held a key role in helping initiate and chairing the bi-racial Human Relations Council, which helped hold the community together. Those who sought to escalate the conflict in those days have been forgotten. Those who desired to suppress others with violence have been forgotten. But those who led the people with gentleness will long be remembered. Fifty years later, Phil Noble is being honored this weekend for the courageous and gentle strength he showed during critical years.

The Interpreter’s Bible claims gentleness is the opposite of hubris, the Greek word for haughty, boastful insolence. “Hubris” is excessive pride and self-confidence that leads one to offend God and others. Fret not over those with great hubris, for they will soon fade like the grass.

Jesus is our prime example not of hubris, but of gentleness and meekness. “Come to me,” Jesus said, “…for I am gentle and humble in heart, and you will find rest for your souls.”

Meekness, or gentleness, is closely connected to wisdom. In the letter of James, it is written:
“Who is wise and understanding among you? Show by your good life that your works are done with gentleness born of wisdom… the wisdom from above is first pure, then peaceable, gentle, willing to yield, full of mercy and good fruits…”

“Gentleness” in the Greek is prautes, also defined as “humility”, “courtesy”, and is listed as one of the fruits of the Spirit from Galatians 5. Gentleness is an antidote to conflict. In the Apostle Paul’s letter to the young church leader Titus, Paul encouraged him:

“Speak evil of no one, avoid quarreling, be gentle…
avoid stupid controversies…dissensions, and quarrels about the law, for they are unprofitable and worthless.
After a first and second admonition, have nothing more to do with one who causes divisions…”

And in the second letter to Timothy:
“Have nothing to do with stupid and senseless controversies;
you know that they breed quarrels. And the Lord’s servant must not be quarrelsome, but kind to everyone, an apt teacher, patient, correcting opponents with gentleness.”

Notice that a meek person, a gentle person, will have many friendships; inheriting the earth has something to do with the quality of relationships that are enjoyed with family, friends, and community. Blessed are the meek, the gentle, the humble. Gods favor rests upon them. They are open to God’s gracious power. Honored are they.

Have you noticed how those with the gift of self-control, the ones with their impulses under discipline, end up eventually on top? They receive the promotion; they are appointed the leader. They become the managing supervisor or the executor or the captain of the ship. No person can be in control of others who is not first in control of himself or herself. Clearly, gentleness is a worthy goal for those seeking the kingdom of heaven, but gentleness, like the kingdom of God, is not something we can achieve on our own, not a characteristic that a person or a nation can manufacture from its own spiritual resources. Gentleness is fruit of the presence of God’s Spirit.

There are nominations forms in your bulletins for the next class of elders. We want you to nominate strong people to serve as elders, but not anyone itching for a fight or ready to incite conflict. We want gentle leaders for our congregation, yet not weak or submissive. We want leaders with some measure of personal power who show wisdom and restraint. Meekness is listed in Scripture among qualities required of those elected to church leadership. Humility may be the most significant qualifier for spiritual leadership. Only those who humbly follow Christ should be trusted to lead.