The Kingdom of Giving

Joyfully Together
/
Update Required To play the media you will need to either update your browser to a recent version or update your Flash plugin.

The Kingdom of Giving 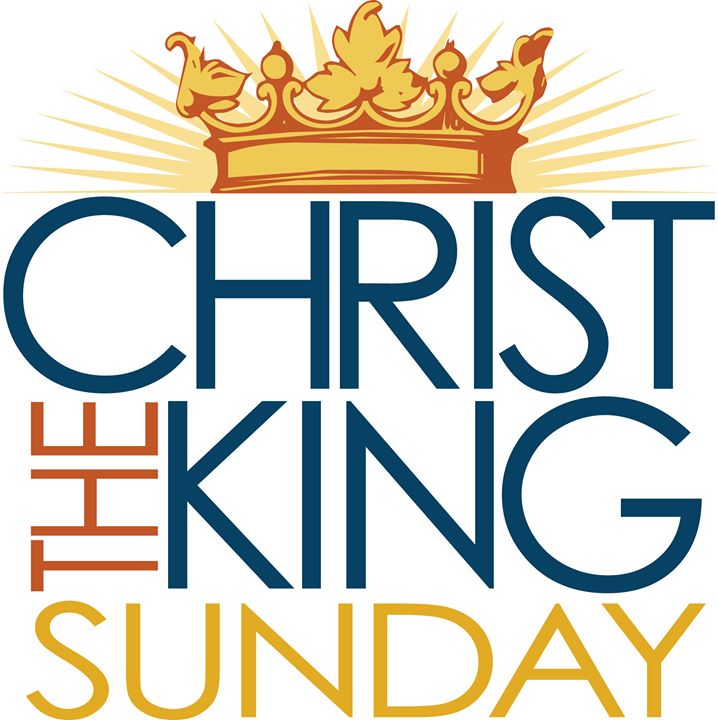 Did you know that today is the last Sunday of the year?
not in the secular calendar, of course, but in the Church’s liturgical calendar.
In the church’s calendar, shared across many denominations,
the new year begins next week, not with a big party and fireworks, but with the season of advent,
a season of waiting and expectation.
The Christian worship year begins next week with four weeks of prayerful preparation and reflection
before any celebration begins over the birth of the Messiah.
So today is the last Sunday of the liturgical year, Christ the King Sunday.
Though the language of “kings” and “kingdoms” may be dated, and there may be other metaphors to use,
for today, at least, we will utilize this language.
Today, at the end of our worship year, we celebrate the sovereignty of Jesus Christ
as we consider just what sort of King Jesus Christ was and is, and what sort of kingdom he ushered in.

Today, as we sing wonderful hymns like “Crown Him with Many Crowns, the Lamb upon the Throne”
and listen to holy scripture which refers to Jesus as king,
appropriately enough we also recognize that this is Thanksgiving week.
As the Church, we are always prepared to give thanks –
to give thanks for our families and friends and material blessings,
and more than that, we are always prepared to give thanks, first and foremost,
for our King, our Sovereign, the Lord of lords,
the One who sits graciously and mercifully upon the throne of our Church,
and, at our best, upon the throne of our individual lives.

Before we reflect on the sovereignty of Jesus Christ, it may be helpful to remember
what Jesus’ kingdom is not.
Our Old Testament reading comes from the time when the Hebrew nation was afraid of their enemies
and they desired a king to rule over them and to fight their battles.
They wanted to be like all of the other nations.
So they went to the prophet Samuel and begged for a king to rule over them.
Hear the Word of God from I Samuel 8:10-20.

Our text for this Christ the King Sunday is from Luke 23; it is the crucifixion text.
The cross, more than any other aspect of Jesus’ life and ministry,
communicates how different this King Jesus would be from all earthly kings.
This text, more than all the others, illustrates the giving nature of his Kingdom,
the Kingdom that was and is and evermore shall be, the Kingdom that never ends.

Hear the Word of God.

My Grandma McDonald was a giver.
When I think of people whom I know who are givers, she’s at the top of my list.
Grandma McDonald was a continual giver throughout her life.
She certainly gave love to her children and her grandchildren,
but for many years, she also gave love and hospitality to her in-laws.
Munnie and Daddie Mac, her mother-in-law and father-in-law, both had serious medical conditions
that necessitated them living in her home.
She gave them a welcoming home in their declining years, and grace beyond grace every day.

Grandma gave to my mother.
She taught my mother to be kind, to be generous, to be always thinking of the needs of others.
She taught my mother to welcome the stranger and include the outcast.
She gave my mother solid grounding in faith, hope, and love,
along with a very healthy dose of high expectations.
Grandma gave all of us high expectations for good manners and proper behavior.
Grandma gave to her grandchildren.
We could not arrive at Grandma’s house without an offer of a six ounce glass bottle of Coca-Cola.
She kept a special stash ready for our arrival.
We could not leave Grandma’s house without a brown paper sack full of goodies.
Some of those goodies were homemade but others would be samples of the newest snack in the store.
The first time I ever tried Pringles or Bugles or Nutter Butters was after leaving Grandma’s house.

Grandma was a giver. She was well known for her cards at birthdays and holidays,
and they always had a special enclosure, a green foil wrapping held in place with a piece of tape.
It took a young grandchild great will and determination to read that birthday card
before tearing into the special enclosure that held the generous gift of cash or check.

Grandma did not just give to her family.
She was a generous steward of her small Presbyterian Church in Tallapoosa, Georgia.
At her funeral, one of the elders there asked me if I had any idea of how much Grandma’s support
of time, talent and financial resources had meant to that little church over the years.
Over several decades, we came to know many a seminary student
who helped pay their way through seminary by preaching at my grandmother’s church.
On Sundays after worship, she would welcome the seminarians to her home for lunch.
She would give them a gracious meal and a warm welcome, but more importantly,
she would always give a listening ear.
And Grandma gave to her friends.
In her late 80’s, she was still giving thirty minute rides to her friends for doctor visits in Carrollton.
She was giving neighbor’s children support for their travels or their education.
When my parents took over her finances after she had a fall in her 90’s,
they discovered that she was giving regular gifts to many a charity.

Three times on the cross, Jesus was encouraged to use his power and resources to save himself.
As the people stood around watching, “the leaders scoffed at him, saying,
‘He saved others; let him save himself if he is the Messiah of God, his chosen one!’
The soldiers mocked him, coming up and offering him sour wine, and saying,
‘If you are the King of the Jews, save yourself!’…
One of the criminals (next to him)…kept deriding him and saying,
‘Are you not the Messiah? Save yourself and us!’”
They did not understand. They did not know what they were saying or doing.
Even in agonizing pain on the cross, Jesus was a giver; he gave them forgiveness.
“Father, forgive them, for they do not know what they are doing.”

You are likely to be grateful today for those who are givers in your life.
There are probably also some people in your life who are takers.
You probably know someone who feels a need to put others down
in order to feel better about themselves.
You probably know someone in business who feels a need to knock down the reputations of others
in order to build up their own.
You probably know someone who fearfully takes from society all they can
as they seek to establish some security for themselves.
Jesus was the opposite of a taker; he was a giver.
Jesus laid down his reputation and endured persecution so that he might lift others up;
he gave his life for the sake of the least and the last and the lost.
As Philippians 2 proclaims, “though he was in the form of God,
he did not regard equality with God as something to be exploited,
but emptied himself, taking the form of a slave, being born in human likeness.
And being found in human form, he humbled himself and became obedient to the point of death –
even death on a cross.”

This is Thanksgiving week, a holiday unique to our country,
a country that is, at its best, a city on a hill, a light shining in the darkness.
I love this holiday. I love that we have a special time set aside to give thanks –
to give thanks for our families and for our friends and for our material blessings.
I love that we have a special time when families are encouraged to gather around the same table,
even in those situations when we are keenly aware that differences remain,
when we are keenly aware that political affiliations have the potential to cause division,
when we are keenly aware that old hurts still sting.
When we focus our thoughts on gratitude – for the people around us, for the good memories shared,
for the faith and life that we hold dear – then perhaps we find the hope that holds us all together.

No, it is not always easy to give.
Sometimes giving is exhausting. Often giving involves risk and vulnerability.
Sometimes givers may feel taken advantage of. But giving is worth it.
Giving of our time, of our resources, and of ourselves cannot be taken away from us.
We are always free to give.
In II Corinthians 9, Paul writes about a special monetary gift being given for the church in Jerusalem,
but we can apply his words to a broader understanding of giving:

The point is this: the one who sows sparingly will also reap sparingly,
and the one who sows bountifully will also reap bountifully.
Each of you must give (this Thanksgiving week) as you have made up your mind,
not reluctantly or under compulsion, for God loves a cheerful giver.
And God is able to provide (givers) with every blessing in abundance,
so that by always having enough of everything, you may share abundantly in every good work…
You will be enriched in every way for your (giving),
(and your generous giving will) produce thanksgiving to God;
(your giving will) not only supplies the needs of the (people around you)
but will also overflow with many thanksgivings to God…
Because of the surpassing grace of God that he has given us,
thanks be to God for God’s indescribable gift (of Jesus Christ, the King who gives)!