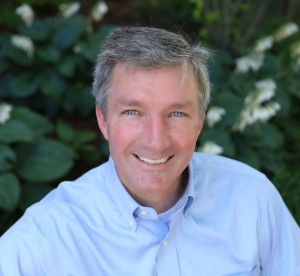 In the days of King Herod of Judea, there was a priest named Zechariah,

who belonged to the priestly order of Abijah.

His wife was a descendant of Aaron, and her name was Elizabeth.

Both of them were righteous before God, living blamelessly according to all the commandments

and regulations of the Lord. But they had no children, because Elizabeth was barren,

and both were getting on in years.

Once when he was serving as priest before God and his section was on duty, he was chosen by lot,

according to the custom of the priesthood, to enter the sanctuary of the Lord and offer incense.

Now at the time of the incense-offering, the whole assembly of the people was praying outside.

Then there appeared to him an angel of the Lord, standing at the right side of the altar of incense.

When Zechariah saw him, he was terrified; and fear overwhelmed him. But the angel said to him,

‘Do not be afraid, Zechariah, for your prayer has been heard. Your wife Elizabeth will bear you a son,

and you will name him John. You will have joy and gladness, and many will rejoice at his birth,

for he will be great in the sight of the Lord.

He must never drink wine or strong drink; even before his birth he will be filled with the Holy Spirit.

He will turn many of the people of Israel to the Lord their God.

With the spirit and power of Elijah he will go before him, to turn the hearts of parents to their children,

and the disobedient to the wisdom of the righteous, to make ready a people prepared for the Lord.’

Zechariah said to the angel, ‘How will I know that this is so?

For I am an old man, and my wife is getting on in years.’ The angel replied, ‘I am Gabriel.

I stand in the presence of God, and I have been sent to speak to you and to bring you this good news.

But now, because you did not believe my words, which will be fulfilled in their time,

you will become mute, unable to speak, until the day these things occur.’

Meanwhile, the people were waiting for Zechariah, and wondered at his delay in the sanctuary.

When he did come out, he could not speak to them, and they realized that he had seen a vision

in the sanctuary. He kept motioning to them and remained unable to speak.

When his time of service was ended, he went to his home.

After those days his wife Elizabeth conceived, and for five months she remained in seclusion.

She said, ‘This is what the Lord has done for me when he looked favorably on me

and took away the disgrace I have endured among my people.’

Keeping watch is a bit like waiting….watching is not necessarily passive.

Keeping watch can be a very active process.

Have you ever kept watch for relatives to arrive on Christmas day?

You may have one eye on the driveway or the front door,

During the summers after my sophomore and junior years in college,

and every day enjoyed the amazing weather and awesome wonders of Yellowstone Park.

My first summer, I was stationed at Old Faithful village,

and the gas station there was positioned just above the lower geyser basin.

Every day at work, we were able watch from a distance Old Faithful erupt every 63 minutes or so.

We could catch Castle Geyser off to our far left, which would erupt about every 10-12 hours.

Occasionally, we would see surprised by Beehive Geyser, one of my favorites,

and, of course, the wildlife.

whether it was a large elk or bison, or perhaps a moose or a grizzly bear.

who tried to eat their lunch. We called them micro-bears.

My personal favorite was the bison. I loved the strong and calm demeanor of the bison.

And I can tell you many stories about encounters with bison,

like the huge one that I almost ran smack into as I jogged around the corner of a building.

Just as my coworkers and I at the gas station would keep one eye watching for a geyser to erupt,

so my college roommate and I became adept at watching for wildlife while hiking or riding in the car.

At forty miles per hour, we could catch sight of a coyote a quarter mile off the road.

We could spot a moose in a secluded clearing that was only visible for a few seconds.

And occasionally, we would notice a dark brown ball of fur, a grizzly bear!,

a half mile or more away upon a distant hill.

Watching for a geyser to erupt or looking out for wildlife is an active process.

Keeping watch means that one is anticipating that something special will be seen.

Keeping watch means that one is paying attention to what is going on around them.

Keeping watch means that one’s mind is prepared to interpret any unusual thing that may be happening.

On Yellowstone trails, we have experienced relatively close encounters

with elk, moose, coyote, wolf, and even bear.

Some majestic beast – whose sight you’ll never forget – could be just around the next corner.

Elizabeth and Zechariah had been watching and waiting for something special for decades.

They had been longing for a child to be born.

The scripture reports that Zechariah and Elizabeth were good people, righteous people.

They were “blameless before God and others”.

They were not perfect, of course, but they feared God, they worshiped and prayed,

they did right by their neighbors.

Our scripture narratives during Advent are about a people who were longing for a turn in history,

longing for better days, seeking release from their oppression and suffering,

seeking hope and peace and joy.

They had been preparing themselves in every way, paying attention to all the potential signs,

and just when they had mostly given up, the unexpected happened.

In midst of their hopelessness, God did a new thing, for Zechariah, for Elizabeth,

for all the waiting world. And when Zechariah received the unexpected announcement

about the indescribable gift, the old man was left speechless.

is that new and important things are happening, events beyond normal human agency.

A young virgin is found to be pregnant;

an old woman, past her child-bearing years, is found to be pregnant.

How can these things be?

The truth is that, while God is always at work, at some turning points in history,

As I have claimed probably more times than you care to hear,

we are at a turning point in history.

We are right now living into another 500 year shift in the history of the world and of the Church,

spurred on by the invention of the internet and the handheld smartphone,

and now accelerated by the changes forced upon us by the pandemic.

New technologies, like the ability to meet on our computers or our phones for a college class

or for a doctor’s visit or even for a church congregational meeting!,

are changing the nature of how humans are educated and receive healthcare and offer worship.

The prophecy about Elizabeth’s child is that:

Many will rejoice at his birth…you will have joy and gladness,

he will turn the hearts of parents to their children,

and (he will turn) the disobedient to the wisdom of the righteous,

to make ready a people prepared for the Lord.’

During the season of Advent,

I often pull out Ann Weem’s book of poetry called Kneeling in Bethlehem.

One of her Advent poems is called “December Darkness”.

for a glimpse of the Light of God.

Even those who snarl “Humbug!” and chase away the carolers

have been seen looking toward the skies.

The one who has declared he would never forgive

and those who left home, have returned,

and even wars are halted, if briefly, as the whole world looks starward.

In the December darkness

we peer from our windows

watching for an angel with rainbow wings

to announce the Hope of the World.

Another of her poems is called “The Coming of God.”

“When God is ready, God will come

even to a godforsaken place like a stable in Bethlehem.

Watch…for you know not when God comes.

When John was born, his father, Zechariah, was finally able to speak again.

The old priest was filled with the Holy Spirit as he spoke these words:

And you, child, (you) will be called the prophet of the Most High;

for you will go before the Lord to prepare his ways,

to give knowledge of salvation to his people by the forgiveness of their sins.

By the tender mercy of our God, the dawn from on high (has broken) upon us,

(giving) light to those who sit in darkness and in the shadow of death,

(and guiding) our feet into the way of peace.”

And John, who became John the Baptizer, son of Zechariah and Elizabeth’s

grew and became strong in spirit,

and he was in the wilderness until the day he appeared publicly to Israel.(Luke 1:76-80)

Friends, keep your eyes peeled upon the wilderness.

Keep watch as you go about your days,

for we may be surprised by the prophets who emerge in coming years.

Keep watch upon the stars, for they may reveal that a new day is ready to arrive.

Those unfulfilled hopes and expectations just may find new life.

The Lord is coming soon.  And you too shall have joy and gladness. Amen.