When Scripture is Scary 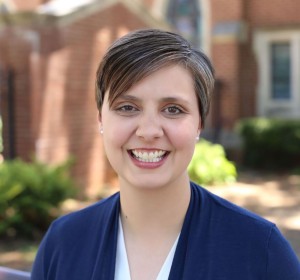 When Scripture is Scary

I’d ask you to raise your hand if you’ve read Nahum lately though I’m guessing we wouldn’t have many raised hands except maybe a few Faith in Real Life folks as they discuss the sermon text ahead of each Sunday. As with many other minor prophets, Nahum is likely an unfamiliar text. You may be thinking, “There’s a book of the Bible called Nahum?” I think it’s one of the “why is this even in here?” texts. We don’t read it often or perhaps ever unless we’re working through the entire Bible. It’s not in the lectionary, that three year cycle of scripture readings used by many churches. There are no hymns based on Nahum. There is no liturgy that I’m aware of based on Nahum. I’ll be honest, this is a “whew boy” text for me. It’s a tough one and “tough” may not be a strong enough word. Just as my mother likes to remind me that no one liked the prophets, she also reminded me that Nahum is in the Bible, it did make it into our canon when others did not so there’s got to be a reason why its included. “Nahum” means comforter which might be confusing once you’ve read through the three short chapters of this text. It deals with “an oracle concerning Ninevah.” You may remember Ninevah from the prophet Jonah. Ninevah is the capital of Assyria, Assyria is the great, mighty, evil conqueror of Israel. Jonah was sent to Ninevah to call the city to repentance which according to Nahum either never happened or didn’t last very long if it did because here we have three chapters of Hebrew poetry detailing God’s destruction of Ninevah.

So, we’re going to put on our student hats for just a minute as we think about how we read scripture. When we approach texts like Nahum or really any scripture, we need to remember a few things. It’s important to know some context. What’s going on historically in the text? What’s the culture of the time? When was it written and who was it written for? As with all of the Hebrew Scriptures, what we call the Old Testament, the text was originally in Hebrew and has been translated time and again. So, every person who has contributed to an English translation of the Hebrew Scriptures has made choices about what that translation will be. (It’s the same for the New Testament, by the way, though the language there is Greek.) There are many Hebrew words for which there is no clear equivalent in English.

That’s true for one of my favorite Hebrew words ‘hesed.’ It’s the word most often translated as steadfast love and it refers to the way God loves God’s people. Steadfast love is an ok translation, it’s about the best we can do for a word that has no English equivalent. I love it because it speaks volumes to me that God’s love for us cannot be translated. There is power in that and our words to describe God’s love will never be enough. I digress. When there is no equivalent word in English, translators must make choices and do the best they can. Another thing for us to know and note about Nahum in particular is that its literary form is poetry. So, we’re talking about Hebrew poetry. If you ever took a poetry class in school, you know that poetry as a form takes some work to understand and to interpret. Poetry is often filled with imagery and metaphor. Nahum is an impressive example of Hebrew poetry and writing. Knowing all of these things helps our reading of the text.

At its most basic level, Nahum is about God coming to the defense of God’s own people, God destroying evil, vanquishing the oppressor. It’s clearly delineated: Israel/Judah good and Ninevah/Assyria bad. The character of God is outlined in chapter one and there are some familiar words though they’re missing what I think is an important piece, “The Lord is slow to anger but mighty in power” but there is no mention of steadfast love. The wrath and might of God is highlighted which is bad news for the people of Ninevah, good news for the Israelites. Perhaps that is the reason for the name Nahum, comforter. It is true that in the biblical narrative the Israelites have been viciously treated, oppressed, subjugated by the Assyrians. The text tells us that God will treat the oppressors in kind. Just as the Assyrians were cruel and violent toward God’s people, God will act with cruelty and violence toward the Assyrians. As a current day reader, I wonder if everyone in Ninevah deserved destruction. In sweeping narratives, it’s easy to forget that when we generalize a nation or a belief system or a people group that there are actually living, breathing, people that make up the nation or belief system or people group. We tend to like stories where the bad guys get it in the end and in those cases the ends justify the means. I’m a big fan of super hero movies and when the bad guys are clearly bad it’s easy to get on board with the violence. Life, though, tends to be more complicated than a super hero movie.

Nahum isn’t written as a historical account. It’s poetry, as I’ve mentioned before, and it imagines the destruction of a city characterized as the enemy of the God of Israel. It’s full of vivid and violent imagery. It’s clear that total destruction is the consequence for that which opposes Israel’s God. Here’s where the text gets especially scary for me, the city of Ninevah is imagined as a woman who is stripped, laid bare, humiliated, ravaged, assaulted, and finally destroyed. In the patriarchal society of the time, this probably made sense. To personify an evil city as a loose woman would have been an understandable image. In our day and time, it’s harder for me to stomach. Our scripture includes a description of God laying waste to a woman, lifting her skirts to humiliate her, ravaging, and destroying her. As womanist theologian Dr. Wilda Gafney says, in this particular book of the Bible, a girl child ain’t safe. It is troubling that very often in scripture that which is evil is personified as a woman. It is troubling that the vanquishing of evil is imagined as violent assault against a woman. As modern day readers and hearers this should give us pause. As modern day readers and hearers we should wrestle with what it means for us when scripture is scary particularly for certain people over others.

If Nahum were the only book of the Bible, we would learn that our God is a God of vengeance and violence. And if we lift up any portion of scripture out of the context of the whole, we’ll come up with some interesting interpretations of who God is and what God desires. The totality of scripture, Hebrew Scriptures, New Testament, the writings and stories that make up our canon, tell the ongoing story of God who created the world in love, God who desires to be in relationship with creation including us creatures, God who desires right relationship, loving community, mutual forbearance, just treatment of all persons. Our scriptures are God breathed which I take to mean they are not static. And when we approach scripture that doesn’t make sense to us it is faithful to ask questions, to pray, to discern, to study, to wonder, and to wrestle. What if we wrestled with scripture like Jacob wrestled with God demanding a blessing before we let go? What if we asked all of our questions and really sought answers all the while knowing full well we may not find them? What if we allowed for holy mystery, for God to be God and for the Spirit to transform our hearts and minds?

I don’t find a lot of comfort in Nahum despite the Hebrew meaning of the name. There’s really no redemption here just a city laid to waste. What I find is a stark reminder that the outcome of a story depends largely on who wrote it. A poem written by someone in Ninevah would likely sound very different than the one we’re offered here. It’s so tempting to see life as binary, clearly delineated between right and wrong, good and bad, with little to no room for ambiguity. We crave certainty because it requires very little of us and helps us to feel in control. Our lived experience tells us, though, that life is rarely binary. Life is full of questions and mystery, inexplicable things, and plenty of gray. The villain is rarely all bad and the hero is rarely all good. And there is very little over which we actually have any control.

Our series this summer is called Holy Discomfort and this text makes me uncomfortable. It raises questions and challenges my assumptions. In my experience, that’s often the place where transformation happens. Spirit of God, transform our hearts, transform our minds, transform our live.