Every Child of God...

Every Child of God… 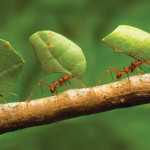 Our reading for today comes from I Corinthians 12, regarding spiritual gifts. In the previous chapter 11, Paul has given an excursus on overcoming divisions and factions within the church by being more intentional in their sharing of the Lord’s supper.

What was happening in the house church in Corinth was that some members –likely those of higher social status, who had flexibility in their schedules –were arriving early to the house church on a Sunday afternoon, indulging themselves in the bread and wine made that had been made available, overeating and even getting drunk, while some other members, likely those of a lower social status –
servants who were not able to arrive until after they had finished their work – were arriving later and finding no bread or wine left, and then going away hungry, not only in body, but also in spirit. Paul literally writes: “What?…What should I say to you? Should I commend you? In this matter I do not commend you!” (11:22) For the sake of the whole, “when you come together to eat, wait for one another.” (11:33)

As we enter chapter 12, Paul turns his attention to another potential area of divisiveness –spiritual gifts. Some seemed to be thinking that their gifts were more spiritual or more important than others, or thinking that only some of the members were graced with spiritual gifts while others were not.

Back in the 1970’s, at some point one of my older sisters was given an ant farm for our home. Some of you know what I’m talking about. An ant farm was basically two pieces of glass aligned closely together by a wood frame that held sand or some kind of soft dirt. Ants would be introduced into the “farm”, and they would immediately go to work.
Before long, many varied tunnels could be seen winding their way up and down and sideways through the sand.
This may not sound as exciting as one of the “shoot ‘em up” video games or video bowling with a Wii controller, but back in the day it was quite fascinating. Believe it or not, before all the technological advances of today, kids might actually receive an ant farm as a Christmas or a birthday gift.

There are three kinds of ants in a colony – workers, soldiers, and the queen. Each one has an important role to play in the highly organized colony. They carry out their work through a division of labor, nothing is left undone, and each of the ants is an important part of the whole as they build their colony. Human beings can learn much from ants.
Within the colony, the ants constantly communicate, they share food and resources freely, they are extremely disciplined and unselfish workers, and they work closely together to accomplish what can seem at first to be insurmountable tasks. The book of Proverbs reads (6:6): “Take a lesson from the ant…consider her ways and be wise.”

Paul makes clear in his letter to the church in Corinth that manifestations of God’s spirit, manifestations of spirituality, are given for the common good, with the intent of building up the community of faith. Self-edification may be important for one’s inner peace and may enable one to get along better with others, but Christian spirituality works through the various gifts of each person for the good of all, for the upbuilding of community.

Next week we will talk about how all the various members are united as the body of Christ, how we all belong to one another, and how we are all integral to the body, but for now, let us consider carefully this biblical notion that every child of God is given some manifestation of God’s Spirit for the common good.

Today, we will ordain one of our youth elders, thus, the red paraments, symbolizing the presence and work of the Holy Spirit. Gillum Owen is a junior in high school with terrific grades and proven leadership skills. She has been gifted by God with certain spiritual gifts – gifts of helpfulness and discernment, that have been recognized by others as useful for the body of Christ. One of our current elders is Lacy Bedol, who was a youth elder just a few years ago.
Lacy has been given the spiritual gifts of leadership and persistence, and because of Lacy’s spiritual gifts, we will soon have new wireless microphones for the sanctuary.

The wonderful new hymnals that we enjoy each Sunday morning, with such a helpful mix of the old and the new,
were made possible by another one of our members, who was granted that wonderful spiritual gift of generosity. This morning, you were likely greeted at the door by someone with the gift of hospitality. And many of you were enriched and enlightened in Sunday School today by someone with the gift of teaching.

The challenge in the church in Corinth in the first century and in today’s 21st century church is to recognize, affirm, and encourage the less obvious gifts among us. Many sit in our pews from week to week with so much to offer but without a clear avenue of service. One of my colleagues served a church where they regularly utilized the phrase:
“Where every member has a ministry.” What is your ministry? In what ways are you serving the common good? How about your spouse? Or the person who shares your pew? What are their spiritual gifts and how are they using them for others?

Like many congregations, we have a core group that is extremely active and we have those on the fringes who are only marginally involved. One of my personal goals for our congregation is that we would expand our ministry among all our members, so that everyone would have some means of giving and serving for the sake of our mission of “sharing Jesus Christ’s love for the world”, for the sake of fulfilling our bicentennial goal of “Every child of God – belonging, engaging, being transformed.”

The United Methodist tool lists twenty spiritual gifts from Paul’s epistles to Rome, Ephesus, and Corinth (Romans 12, Ephesians 4, 1 Corinthians 12–13). These twenty gifts are identified within Scripture as the gifts of the Spirit, given specifically for the upbuilding of the body of Christ. They include: administration, apostleship, compassion, discernment, evangelism, encouragement, faith, generosity, healing, helping, interpretation of tongues, knowledge, leadership, miracles, prophecy, servanthood, shepherding, teaching, tongues, and wisdom.

One of the privileges of being a pastor is to see people come alive in the utilization of their spiritual gifts. We have a 70 year old male who is extremely compassionate in his care for our 4 year olds. We have a quiet, middle aged female who has shown tremendous gifts of administration. We have a formerly homeless member who is not only constantly helpful, but also has revealed the gift of discernment. We have a successful businessman who has grown the church through his gifts of evangelism and hospitality. And there are a few among us who have discovered their gift of healing touch, and a few others who are helping young people thrive through their gift of shepherding.

To each is given the manifestation of the spirit for the common good. In response to MLK,’s most persistent and urgent question of life: What are you doing for others?, what might you do – this month, this year – for the sake of the mission of the church, for the task of building up the community of faith?

To God be the glory as we all utilize the gifts we have been given. Amen.