Every Day’s a School Day 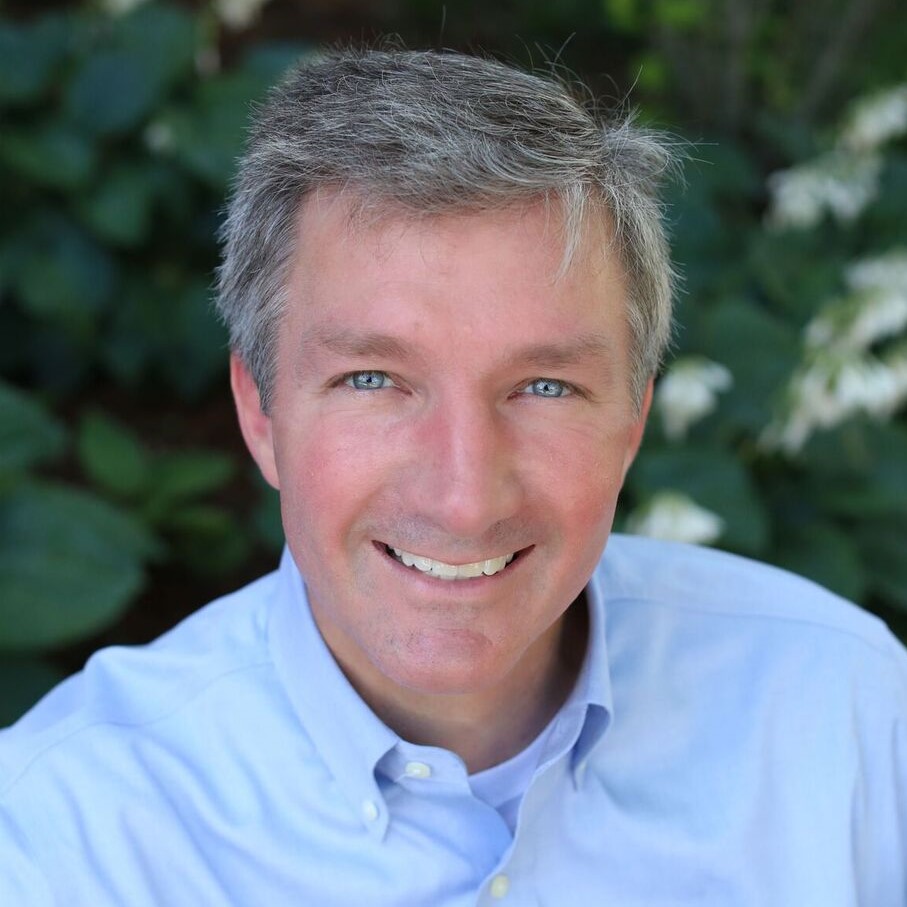 Our Scripture text from the Gospel of Matthew resides in the context of Jesus being questioned.

In order to pigeon-hole Jesus and seek to define to which party he belonged,

Jesus was asked some of the most controversial questions of the day.

The experts in the law, the leading men of Galilee,

asked him a hotly debated political question about taxes,

then another hotly debated religious question about resurrection,

and finally, a question about the law that was clearly meant to define whose side Jesus stood upon.

Each time, Jesus astounded the crowds with his answers and silenced his accusers.

Instead of choosing a side of the powerful parties of the day,

Jesus spoke for and to the common people.

In our passage for today, Jesus spoke to the crowds about the hypocrisy of their leaders

and turned them toward the ideal of humble service.

Then Jesus said to the crowds and to his disciples, ‘The scribes and the Pharisees sit on Moses’ seat; therefore, do whatever they teach you and follow it; but do not do as they do, for they do not practice what they teach. They tie up heavy burdens, hard to bear, and lay them on the shoulders of others; but they themselves are unwilling to lift a finger to move them. They do all their deeds to be seen by others; for they make their phylacteries broad and their fringes long. They love to have the place of honor at banquets and the best seats in the synagogues, and to be greeted with respect in the market-places, and to have people call them rabbi. But you are not to be called rabbi, for you have one teacher, and you are all students. And call no one your father on earth, for you have one Father—the one in heaven. Nor are you to be called instructors, for you have one instructor, the Messiah. The greatest among you will be your servant. All who exalt themselves will be humbled, and all who humble themselves will be exalted.

Not long after the sermon today, we will gather at the Table,

and Alex will lead us in a special prayer that remembers those who have died in the past year.

When I saw all the names and pictures of our dearly beloved church members,

I found myself getting emotional.

with our typical eulogies and crowded receptions in the church parlor.

My hope is that, post-covid, we will find a way to commemorate these loved ones in an intentional way,

to recognize what a gift they were to their families and to this church.

Humble Christian servants like Leonard Boswell and Jimmie Bird do not come along every day.

do not come along every day. For the good of our community,

we need to remember and give thanks for the strong witness of their lives and their faith.

Bill Jackson, one of those faithful ones whom we remember on this All Saints’ Sunday,

of figuring out how to build massive freezers at the airport.

for certain food items being shipped. Because of his experience in the area,

and all its components to giant-sized.

Another project Bill took on in his later years was the banana room.

for green bananas to ripen once they had been off-loaded from Central America.

So, Bill and his partner figured it out. They determined how to build a room

that provided the exact conditions needed.

And Bill was not a young man when he took on these projects.

Bill continued to learn and grow in his career, even well into his 80’s.

Roy Vandiver, a neuro-surgeon, went back and completed his college degree from Mercer University

Leonard Boswell and Jimmie Bird kept reading and learning and adapting well into their 90’s.

When I was a teenager, I thought older people had it all figured out.

What I did not recognize as a younger person is that we will always be learning.

Throughout our lives, we will continue to learn and grow, to be challenged and stretched.

The wisest ones among us continue to be curious;

they want to learn more about life and God and other people every day.

They never stop learning and growing.

who were still learning to communicate in their marriage.

They have been married a while, but this summer had been difficult.

Their patterns had been disrupted by the corona virus.

they were struggling as a couple.

But the good news is that they were willing to learn!

They were willing to try new habits and practices.

Though they are old enough to be great-grandparents,

they are humble enough to acknowledge they still have room to grow.

In June of 2018, Melanie and I accompanied a number of you to Scotland.

We had a marvelous, educational experience. Scotland has such a beautiful, historic landscape.

Our guide from the trip was a professional musician named Lorna.

Whenever someone would say something like: “I had never heard that before”,

she would reply in her thick Scottish brogue:  “Every day’s a school day!”

That’s right. Every day is a school day. We are all students!!, as Jesus said in this passage.

We are all lifelong learners.

Especially with the rapid pace of technological and cultural change, we must continue to learn.

or even attend worship in this strange year,

we had better learn our way around ever-changing forms of technology.

In our scripture passage for today, Jesus reminds us, “You are all students.”

None of us knows everything we need or want to know.

Particularly when faced with complex challenges like a worldwide pandemic,

or changing trends in healthcare, or the quandaries of a warming planet,

none of us have it all figured out, and those among us who have been elected to lead

had better to continue to learn and grow, to stretch and be transformed.

One of the better known members of my congregation in York, South Carolina was John Spratt.

John was a beloved member of the congregation and also an elected politician.

he was called the “workhorse” of the House of Representatives.

John stayed out of the limelight and dedicated his time and effort,

first, on serving the broad needs of his constituents,

and second, on working across party lines to balance the federal budget.

“one of his party’s most reliable ‘bridges’ to the Republican side” of the aisle.

John chaired the Budget Committee of the House, and was the second ranking member

on the Armed Services Committee. John knew minute details of the national budget

and became one of those key leaders in the 1990’s who helped balance the national budget.

That was a tremendous goal that they accomplished, with critical bipartisan collaboration,

a goal which seems almost far-fetched these days.

In February of 2003, Melanie and I visited John and Jane Spratt in Washington, D.C.

for the National Prayer Breakfast. This was a well-attended bipartisan event;

friends from both sides of the aisle greeted one another with warm smiles and handshakes.

about growing up as a minister’s daughter in Birmingham, Alabama

and playing the piano for a local congregation in California during her Ph.D. studies.

After the breakfast, John graciously hosted us at his office, introduced us around,

and then gave us a personal tour of the Capitol.

Later, at his home, with the sleeves of his dress shirt rolled up,

John carefully prepared a large piece of salmon as he talked about the lead up to the war in Iraq.

At a dinner party, he wouldn’t typically work the room, shaking every hand.

He could often be found in a corner engaged deeply with one person over a topic of some importance.

As a Davidson College graduate in history,

who studied philosophy and economics at Oxford and obtained his law degree from Yale,

Regardless of whether everyone in our congregation in South Carolina agreed with all of his politics,

they all respected John and appreciated John for his service to the country.

Later that night, after a wonderful dinner and great conversation,

we bid the Spratts goodnight and I saw John pick up a four inch thick notebook.

What’s that?, I asked him before heading upstairs.

Oh, that’s my briefings for tomorrow, he said.

I have some important things to catch up on this evening.

who kept learning and growing and listening every day, year after year.

John was not a perfect man nor did he ever come across as self-righteous.

He embodied Jesus’ words, The greatest one among you shall be your servant.

Whatever happens with the election this week,

my sincere prayer is that all of us, including our elected leaders,

will remember that “we are all students”, as Jesus said. We all have much to learn.

We have much to learn from other people’s perspectives.

or the other side of the aisle.

Learning begins with humility, having enough humility to recognize that we do not know it all,

from the perspective of someone very different from us.

If we would all spend some time listening to one another,

we just might learn some things that could help us work together.

If we would spend more time listening to one another,

to good health, wholeness, and prosperity.

When it comes to our national politics, my personal goal over the next several months,

is to make a sincere effort to listen, truly listen to my friends, neighbors and extended family members

that I have not wanted to listen to lately,

to seek to understand more fully those with whom I have disagreed on matters of great import.

Jesus was very hard on the established leaders of his day, the people of influence and power;

he pointed out that, not only were they were not practicing what they preached,

they were making life exceedingly difficult for the common person in the street.

Jesus made it clear that “No one is righteous; no, not even one,” not even the scribes and Pharisees.

Everyone, to some extent, is a hypocrite, not practicing perfectly what they think others they should do.

Humility before God recognizes that all are sinners who have fallen short of God’s glory.

When we are fully aware of our own sin, and our own limitations,

then we are far more likely to offer grace to our neighbor.

Vernon Gramling wrote in his blog:

“In less than a week, no matter who wins the election, almost half of our country will be unhappy.

To the victors, do not lord it over others.  And to the defeated, do not be seduced by fear.”

Political victories neither defeat nor define the people of the Church.

Our primary goal will continue to be to love God and to love each other as best we can,

and, no matter what happens, to trust that God is certainly at work in the world,

Jesus was hard on the established leaders, but it was to the crowds and the disciples that he said:

The greatest among you will be your servant.

This promise of Jesus is sure, even though the time frame may not be certain.

The promise may not be fulfilled in this decade or this lifetime even,

To God be the glory, now and forever. Amen.